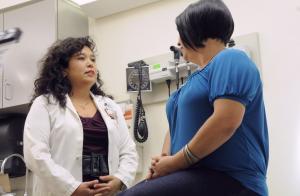 Many Latino women have made a conscious decision to focus on their career and professional life, thus delaying marriage and children. Photo Credit: saludtoday.com

Birth rates across the United States are falling but the numbers among Latino women are falling drastically. According to figures from Pew Research released in 2011, "The birth rate for U.S.-born women decreased 6 percent during these years (2007-2010), but the birth rate for foreign-born women plunged 14 percent – more than it had declined over the entire 1990-2007 period. The birth rate for Mexican immigrant women fell even more, by 23 percent."

Statistics show that the longer Latino women live in the United States the more they delay motherhood.  This fact is backed up by Ana Lydia Ochoa-Monaco, a PR/social media professional and lifestyle blogger based in Southern California. She, like many Latino women, has decided to delay motherhood.

Ochoa-Monaco said that, unlike their mothers, most of her friends did not become parents early in life. 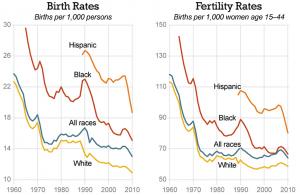 "Very few of my peers had children in their 20s.  Those that did have focused on a non-traditional career, such as blogging, to be able to maintain a balance between parenting and career," Ochoa-Monaco said.

Ochoa-Monaco said becoming a parent early is not necessarily easier because parents still have responsibilities after their children are grown.

"The very few friends that have children early in their lives have expressed a feeling of relief.’We are done!'" Ochoa Monaco said. "But then you realize, you are never done raising a child and will probably always be involved in your child’s life. In other words, they missed out on their own life to focus on the lives of their children."

However, Ochoa Monaco said that delaying motherhood has created some challenges.

"Because I didn’t get married until my late 30s and wanted to enjoy my honeymoon stage as much as possible, I have yet to have a child," she said. "Motherhood is something that I would like to take part in, but as long as it adds to my life, not take away from everything that I have worked so hard to build."

The decision to have children early or later in life has its up and downside, said Ochoa-Monaco.

"The advantage of delaying motherhood is that you are able to consciously bring a child to your life when you have built what you 'need' to raise a child 'as you want,'" she said. "The disadvantage of not having a child early in your life is the (very real) possibility of not getting pregnant or having a child with developmental issues."