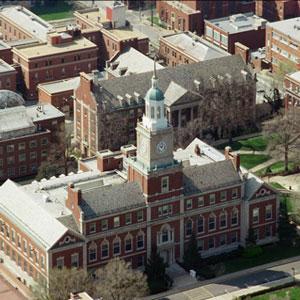 Is there a chance that Howard University, founded in 1867, could actually close due to tough financial difficulties? Photo Credit: krovfm.com

Could Howard University, one of the premier historically black colleges in all the land, be in such dire fiscal straits it may not even be around to see its incoming freshman class to graduation day?

One has to painfully wonder after school alum and current university vice chairwoman of the board of trustees, Renee Higginbotham-Brooks, wrote in a recent letter leaked to The Chronicle of Higher Education that "Howard will not be here in three years if we don’t make some crucial decisions right now."

While many dispute that doom and gloom forecast and still even more the looming timeline attached to them, the bottom-line seems indisputable. Even institutions as storied and revered as the D.C.-based campus aren’t immune to all the slings and arrows born of a potentially crippling combination of fewer students who can arrange financial aid, unrelenting competition from less expensive state institutions, and dwindling federal dollars that these days has become even more depleted given government sequester.

"I can no longer sit quietly, notwithstanding my personal preference to avoid confrontation, and therefore, I am compelled to step forward to announce that our beloved university is in genuine trouble and time is of the essence,'" Higginbotham-Brooks wrote.

Fellow board member Addison Barry Rand wasn’t quite as dramatic in sternly disagreeing with Higginbotham-Brooks. He later chalked their simmering war of words to "spirited debate and discourse." He also added "it’s part of the culture of higher education. The board and the university’s leadership team continue to work tirelessly to address many of the tough issues facing colleges and universities like Howard."

As a proud and active alum, it pains Kathy Henderson to learn of her alma maters struggles. And yet, she is clearly hoping some good will come from all the duress. "A lot of universities have had financial troubles," she told reporters. "I want us to come through this with flying colors so this is a wake-up call - a wake-up call that everyone needs to heed."

Like many institutions, Howard has engaged in a plan of spending more on amenities, like building the new residence hall now under construction off Georgia Ave., all simultaneously aimed at luring more applicants and hopefully, impressing more alumni into giving greater donations. But, at least in the short time, Higginbotham-Brooks, an attorney by trade, doesn’t seem overly convinced even that will work.

"We lack an infrastructure for fundraising to replace decreasing tuition revenue and shrinking federal dollars," she wrote. "And we lack access to the larger philanthropic community."

In Higginbotham-Brooks’ mind, the university might be better served by seeking to sever its ties or at least financial obligations to the university’s hospital. Originally opened in 1862, Congress incorporated it as part of Howard in 1962, but in recent years, it has proved to be a "serious drain" on the university’s budget.

A private institution, Howard, originally founded in 1867 to provide a higher education to racial groups not accepted at white colleges and universities, is routinely considered one of the nation’s premier HBCUs. The Fiske Guide to Colleges rates it "the flagship University of black America," and U.S. News & World Report ranks it second among historically black colleges behind Spelman College in Atlanta.

In the fall of 2011, the university reported 10,583 graduate and undergraduate students, a total consistent with enrollment in previous years. Its tuition and fees for the 2012-13 school year were about $22,700, which was 12 percent higher than the year before.