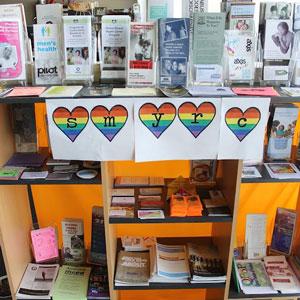 In a world where we have gay characters regularly featured on television and there is talk of legalizing gay marriage nationwide, it would seem that the lesbian, gay, bisexual, and transgender (LGBT) community is reaching near acceptance in mainstream society. But what about LGBT youth of varying racial groups? According to Je-Shawna Wholley, Programs and Outreach associate, at the National Black Justice Coalition (NBJC), LBGT youth of color face their own unique challenges.

Wholley pointed out that LGBT youth of color are a growing minority.

"In fact, a recent Gallup survey, the largest of its kind, found that people of color are more likely than their white counterparts to identify as LGBT," she said. "According to the poll, 4.6 percent of African Americans identify as LGBT, 4 percent of Latinos, and 4.3 percent of Asian-Americans, whereas, only 3.2 percent of whites identify as LGBT. This is why organizations like the NBJC, work hard to ensure that people living at the intersection of race and LGBT equality are neither forgotten nor pushed aside. NBJC understands that progress in the LGBT movement can only be made if we are intentionally inclusive."

She added that gay youth of color face different problems from straight youths.

"It is a known fact that LGBT youth are more prone to homelessness, harassment, and violence than their heterosexual peers," Wholley said, "Even further, LGBT youth are less likely to have access to efficient resources than youth that are not LGBT. The realities of such disparities worsen for LGBT youth of color. While 40 percent of homeless youth are more likely to identify as LBGT, this group is disproportionately likely to be people of color. Causes for homelessness can vary from family rejection or abuse due to one’s identification as gay or transgender; however, youth of color may also find themselves fleeing toxic environments based on their race."

Gay minorities are also hit by racial discrimination today with the double whammy of hearing both racist and homophobic comments. 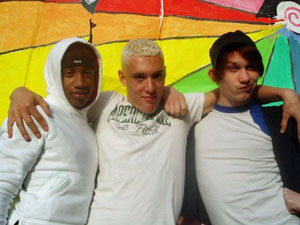 "In addition to anti-gay slurs, 40.6 percent of LGBT students of color reported hearing racist comments from other students often or frequently in school," Wholley said.

Fortunately, there are now more support groups for LGBT youth of color such as the NBJC.

"The National Black Justice Coalition is dedicated to the empowerment of Black LGBT youth through our Black LGBT Emerging Leaders Initiative," Wholley said. "We build spaces and create platforms that allow Black LGBT youth to build networks, take action, and bring their voice to issues of impact."

Wholley is confident that the next generation of LGBT youth is creating a more open and accepting culture.

"This can be seen, for example, in the overwhelming acceptance of LGBT equality among this demographic. Studies show that support for marriage equality has increased significantly over the years," Wholley said. "People are becoming more comfortable with difference, and affirming to respect other expressions of attraction and love."