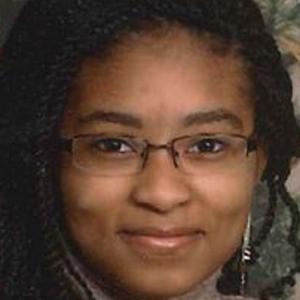 According to the website blackandmissinginc.com, Kayla Cohen, age 15, reported missing on May 9, 2013, is listed as “endangered,” but the circumstances surrounding her disappearance are “unknown,” except that Kayla called her stepfather to tell him she would be late coming home from school. Photo Credit: blackandmissinginc.com

Unimaginable as her ordeal might be, Amanda Berry’s plight stands as even more of an anomaly than many may want to think.

A 2010 academic study finds that roughly 80 percent of the news coverage devoted to missing children focuses on victims who are not black, which raises anew in the face of the Cleveland-based tragedy primarily centering on a now 27-year-old local.

A wandering Charles Ramsey overheard the screams of Amanda Berry resonating from an isolated abode and, just like that, after more than 10 years, her ordeal was over. But clearly the Missing White Woman Syndrome undeniably lives on.

“White women occupy a privileged role as violent crime victims in news media reporting,” said Charlton Mcllwain, a professor at New York University and author of Race Appeal: How Candidates Invoke Race in U.S. Political Campaigns. “We have a sort of racial hierarchy."

Natalie Wilson, co-founder of the Black and Missing Foundation, is well aware of the epidemic. Since 2008, she and her organization have fought to change the way the media portrays violent crime and missing person victims involving black people, and how the law investigates those cases.

She stumbled upon her calling in 2004, when she first learned of the plight of then 24-year-old South Carolina resident Tamika Hudson, a black woman. Her family reported her missing, but the news media proved more than derelict in responding to their call for help.

"The family really struggled to get any coverage whatsoever," Wilson recalls. Ultimately, after a year or so, Hudson’s boyfriend pled guilty for her disappearance and murder. But by then and in Wilson’s mind, the crime of authorities never really taking their investigation seriously seemed nearly as outrageous.

Consensually, experts agree that all too often when crimes against people of color occur, they largely remain unsolved and no one but their families seem overly concerned.Even more specifically, the case in Cleveland shinned a spotlight on the maddening issue of missing children, and the incongruent nature in which the media and police deem the importance of these cases along racial lines.

Even Ramsey told reporters: “I knew something was wrong when a little, pretty white girl ran into a black man’s arms… something is wrong here; dead giveaway.”

Added Mcllwain: “Our victims are color-coded. A proper victim is one who looks like a journalist. Research shows that in terms of crime victims, they are people who we view (them) as being like us — like those who are covering the events or reading about them.” 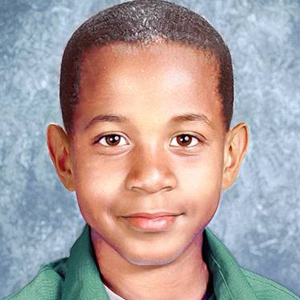 Indeed, the perception of victimhood appears partly a media creation. But just how wholly does that translate into the real world?

“Ramsey just called it like he saw it,” said Farai Chideya, author of The Color of Our Future: Race in the 21st Century. "People say, 'Wow, he's representing our race, and he's doing something really awesome — but why can't he comb his hair?' I think it's healthy to expand the notion of what a good black man is. You don't have to have a full set of teeth to be a hero.”

An NCIC report based on 2010 data of missing persons of all ages showed that 40 percent or more were black, and while the numbers listed as “white” were nearly double, that total included Hispanics.

What is the status of the black children and women who have gone missing over the past decades?