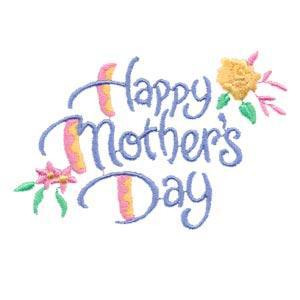 Mother’s Day is special for all races and ethnicities, but often in the African-American community it is more special because of absentee fathers. Photo Credit: lilianasrestaurant.com

With Mother's Day coming up, the African-American community holds several special events such as church services, music concerts, and dinners. However, there is often less fanfare when it comes to Father's Day.

"Mother's Day is an important day to honor moms and is not overemphasized in my opinion," said Danielle Faust, a mommy blogger from the New York City area. "It's one day out of the year, and mothers with the many roles they play, should be celebrated."

She said the demographics of the Black community, with nearly two-thirds of children raised by single parents, means that more emphasis is put on Mother's Day.

"Father's Day is not less important, but because there are so many single-parent households with children raised by a mother alone, Father's Day gets much less attention," Faust said. "In two-parent households Father's Day deservedly gets as much attention. The media publicizes and advertises Mother’s Day more than Father's Day. In my opinion, this is simply banking on traditional gender roles, to generate more gift sales."

Mel Brake, executive director of the Michael P. Wartman Foundation, a nonprofit organization that offers mentoring to disadvantaged children, also said the breakdown of the black family was responsible for Mother's Day being overemphasized.

"In the African-American community, it's unfortunate that Mother's Day is overstated because most of our black fathers are in 'abstentia.' They are either in prison, living with another woman, or strung out on drugs/drink," said Brake.

Brake added that Father's Day can be a day to not only honor men.

"A few Father’s Days ago, I gave my mother a Father's Day card because she has been both mother and father to her children," Brake said. "Naturally, she could not rear me to be a man. However, she was the sole adult in our home: protecting us like a father should have, feeding, clothing, and advising. Mother's Day is a very important day in America, in general, but it has special meaning to African-Americans because at least she is in the home and life of her children more than the father. The children get to celebrate and honor at least one of their parents like most Americans. Now there are good African-American fathers but let's face it, 'The Cosby Show' was not reality for most African-American families being raised by single mothers."

My dad grew up in a single parent household and I agree with this article, with single parents a focus on their achievements for the day is a good thing. From what I earned from my grandma, parenthood as a single parents is draining- a day for children to realize they can take their single parent for granted is important.