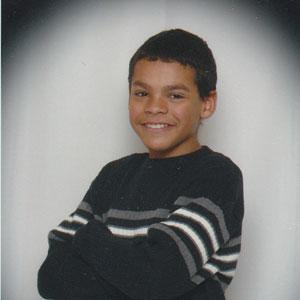 Dealing with racial hatred and prejudice from a young age, Zach asked the questions and received the guidance he needed to become positive and strong. Photo Credit: Rita Rizzo

On the day Barack Obama took office, my 12-year-old grandson phoned me from school to ask a pressing question. “Grandma, why do people have to be so hateful?” he inquired.

As an interracial child, Zach was in the early stages of considering what it meant to be a person of mixed race. Obama was a fine role model for Zach, evidence that America is the land of opportunity for all, and with hard work and dedication, anyone can be valued for their contributions regardless of race, religion, or ethnicity. On Inauguration Day, Zach was bursting with pride that someone resembling him was about to become our President.

Upon arrival at school, he was subjected to remarks about the fact that America now had an “N” as its president, and that a black person couldn’t possibly be smart enough to run our country. One child even suggested that our new Commander in Chief should be assassinated before he had a chance to ruin our nation. Zach was heartbroken.

“Not everyone is lucky enough to come from an enlightened and loving family like you do Zach. Don’t let them make you as sad and hateful as they are,” I advised. As I hung up, I wondered how and why Zach’s classmates had developed such mean-spirited thinking. I pondered how to instruct Zach in ways of effectively confronting generationally conveyed prejudice. 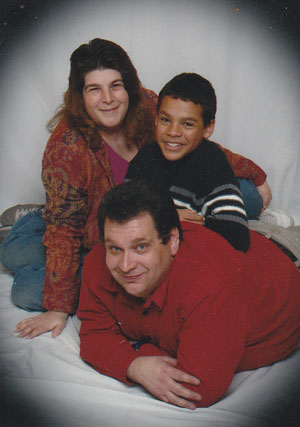 Particularly in these recessionary times with people competing for sparse resources, and harboring overt resentments. Insulating one’s children from hatred is not an option for the average family. Kids hear the anger in school hallways, and on the evening news. Conversations at family gatherings should not, but often do center on faultfinding and drawing unfavorable comparisons between various groups of people.

The Southern Poverty Law Center produces a program, “Teaching Tolerance.” And although this curriculum is touted as a toolbox for K-12 teachers, it is also a useful resource for families. The activities helped me to discuss with Zach the prevalent stereotypes and biases that he is exposed to on a daily basis. For example; Is it okay to say, “That’s so gay,” if you mean something is weird? What do “Wal-Mart clothes” say about the people who wear them? Are Muslims violent people? Is it racist to say, “You throw a ball like a rich white girl?” Why is it preferable to speak English instead of other languages? What does being critical of others say about who you are?

At 15, Zach understands that all humans have a positive side and a negative side, and that most of us show our negativity when we feel stressed or superior. None of us is free of biases, but when we recognize that we harbor a prejudice, we must question it, and when we hear others reveal their biases, we must feel comfortable talking to them about it.

Maybe in this way, we can reduce hate one person at a time. At least we know we are going to try.