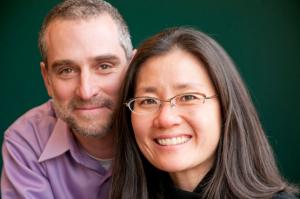 What happens when Asians marry Jews? Well, for one thing, the kids grow up Jewish, according to a new study.

"Over and over again we saw Jewish-Asian couples putting incredible thought and energy into helping children become Jewish,” says sociologist Noah Leavitt, who with his wife Helen Kim interviewed 37 Asian-Jewish couples over a period of two years. Both are professors at Whitman College in Walla Walla, Wash.

Leavitt and Kim talked to Jewish men married to Asian American women, Asian-American men married to Jewish women, and to gay couples, all of whom lived in Philadelphia, New York City, and Northern and Southern California. They included a mix of ages from newlyweds to couples who had been together 40 or more years. Some had children and others were childless. Most of the Jews were Ashkenazim, from nonreligious to modern Orthodox, while the Asians' origins were Japanese, Chinese, Filipino, Korean, and Southeast and South Asian.

The study found that Asian-Jewish couples shared remarkably similar values. Foremost among them were respect for hard work, a sense of community-mindedness, common feelings for family, and a strong commitment and devotion to bringing up their children, especially in regards to their education.

Often, the couples, all of whom are highly educated professionals or in graduate school — noted that their harmonious values stemmed from similarities in the Jewish and Asian traditions. Some even mentioned how some teachings of Judaism paralleled those of Buddhism, or Confucianism.

“The commitment to education reflects the high value placed on learning in both Asian and Jewish cultures,” says Leavitt. “Historical reasons explain the confluence: reverence for scholarship has deep cultural roots in East Asia, since until the early 20th century scholars in China held powerful government positions. Immigration into the U.S. is even more of a reason for Asians to continue telling their children, ‘Education is the only means to a good life.’” 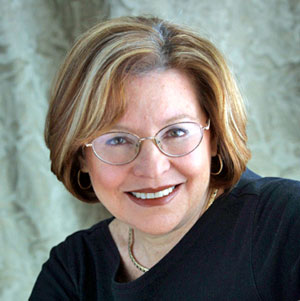 While studying the Talmud has always been a cultural idea for Jews, few historically had the leisure to do so. However that ideal "created a cultural attitude toward book learning which was extremely positive,” says Sylvia Fishman, the Joseph and Esther Foster Professor in Judaic Studies at Brandeis University. Fishman illustrates that attitude with the story of the Nobel prize-winning physicist Isidore Rabi who, when he came home from school each day was asked by his mother — as she bent over the ironing board — "What's the most interesting thing you learned today at school?" That gave Rabi a tremendous passion for learning, says Fishman.

Like today's Asian immigrants, a high percentage of the Jewish men and women immigrants in the early part of the 20th century pursued education diligently. In Daughters of the Shtetl: Life and Labor in the Immigrant Generation, Susan A. Glenn documents how many of them worked all day and attended high school at night.

"Reverence for learning is too weak a term," says Fishman. "Families were going without in many cases."

That drive for education explains why he always understood and got along with Jewish friends, a Chinese man married to a Jewish woman told Leavitt and Kim. Both his family and theirs put a "priority position and focus on academics [with] a lot of emphasis on being able to support ourselves and find a respectable occupation."

However, Leavitt and Kim did not interview any families resembling Tiger Mother Amy Chua’s, even though she too is married to a Jewish man. "There were no overly weird stories about the hyper-drive for accomplishment and success as the be-all and end-all," says Leavitt.

In general, he adds, the couples he and his wife interviewed seemed to share power in the family. "We didn't see households with one person dominant," says Leavitt. "We saw a lot of sharing." That may be due to modern mores, but it also could flow from the shared value systems. If two people share the same values — including an emphasis on family support, and on the children's educational achievement— such commonalities might help foster equality in the home, says Leavitt, because no one person feels the need to dominate to enforce his or her own values.

"So we had a lot of very harmonious households," said Leavitt. "[We found] very few major conflicts. We never heard of a household raising [their children with] cultural differences that threatened their ability to go on as a couple."

The couples they studied shared such high levels of closeness, love, trust, and family support that after finishing the interviews, Leavitt and Kim — who have a 1 1/2-year-old son — said they felt more loving toward each other. 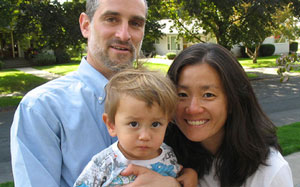 But while the researchers found that the overwhelming majority of the couples were happy, the study did not prove that Asian-Jewish marriages are uniformly joyful. That is because it was a qualitative rather than a quantitative study, and therefore was not randomized or controlled. Couples responded to surveys on the Internet, in newsletters, and from various networks, so they were self-selected. If a couple did not get along, hypothesizes Leavitt, they were not likely to respond to the survey.

Although Leavitt and Kim found that the overwhelming majority of Asian Jewish couples were raising their children Jewish, the study did not explore why. One possible explanation is that the Jewish community in many areas of the country has programs and organizations that help young people develop a sense of identity, including not only the synagogue, but also Jewish community centers, day schools, summer camps, afterschool religious instruction, museums, and even political organizations.

One interviewee said, "It impossible for me to give the kids Japanese cultural immersion because there's no Japanese community around here that would provide that sort of wraparound structure in the way the Jewish community has.”

The study challenged the assumption that mixed marriages are causing Judaism to disappear in the United States, Leavitt adds. "In fact," he says, “these households have a stronger sense of Judaism and of the kids' Jewishness and upbringing than do many Jewish families in the US." That was an unexpected finding, he says.

Leavitt and Kim's research began after a suggestion from Gary Tobin, a demographer and researcher affiliated with the Institute for Jewish and Community Research.