Women, Cancer, And Race: Knowing The Odds And Minimizing The Risk Factors 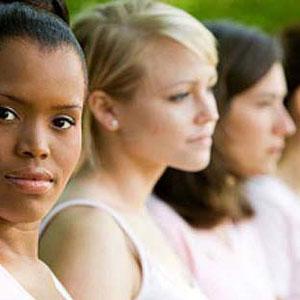 Research indicates that cancer can strike anyone, but there are direct correlations between specific cancers and race, gender, and ethnicity.

Over the past several decades, researchers have drawn many correlations between incidences of specific types of cancers and factors such as gender, race, and ethnicity. Research clearly shows that the risk of a person contracting cancer and/or dying from that cancer can vary by that person’s genetics. In the United States, breast cancer is the leading cancer for women, regardless of race. Numbers two and three are both lung cancer and colorectal cancer, in that order for white women, and in the opposite order for black and Asian populations. Cancer incidence in general is higher for whites and blacks than among Asians. Among women, the leading cause of death from cancer across most racial/ethnic groups involves incidents of lung cancer.

Of course, these statistics become more complex when looking at racial/ethnic subgroups, geographical areas, and other influential factors, but it is helpful to consider trends in general when determining where one might fall in a higher risk group. Here is a sampling of some of the most predominant cancers in women, including how incident rates break down by race and ethnicity, and what women can do to decrease these risks.

Breast Cancer
According to the Center for Disease Control (CDC), incidence rates of breast cancer in females from 1999–2007 clearly demonstrate that white women are at the highest risk level, with black women coming in second, Hispanic third, and Asian fourth. However, in 2007, black women in the U.S. were more likely to “die” of breast cancer than any of the other groups studied; white women were second, Hispanic third, and Asian fourth.

With such high occurrences of breast cancer across multiple populations, a lot of research delving into the risk factors for the varying groups and several recommendations from leading institutions to reduce those risks are now available. According to the National Cancer Institute, the following factors can increase a woman’s risk of breast cancer: increased exposure to estrogen or hormones introduced in hormone therapy, exposure to radiation, obesity, alcohol use and inherited risk/family history. Fortunately, there are simple things a woman can do to decrease her risk, including regular exercise, decreasing estrogen exposure via pregnancy, breastfeeding, and reducing alcohol intake. For those women whose family history points to an elevated risk, there are other more drastic steps available, such as taking certain inhibitors or even having the breasts removed before there’s any sign of cancer.

Colorectal Cancer
The CDC’s numbers on colorectal cancer rates during the years 1999–2007 tell a different story. In this case, black women experienced the highest incidence rates, followed by whites, Hispanics, and Asian respectively. In response, the Black Women’s Health Imperative launched an informational campaign informing women of their elevated risk and the benefits of early detection. Beyond regular screenings, the National Cancer Institute recommends such measures as increasing physical activity and reducing/eliminating excessive alcohol use, cigarette smoking, and obesity. In addition, other interventions associated with decreasing risk of this particular cancer include a daily aspirin regimen, calcium supplements, and a diet low in fat and meat, and high in fiber, fruits, and vegetables.

Lung Cancer
Lung cancer is one of the biggest cancer killers in the United States across races, ethnicities, and genders. However, the incidence rate of lung cancer does vary by race and ethnicity, with the CDC showing white women at the highest risk level, followed closely by black women. Asian and Hispanic women are very close in terms of incidence, although Asian women have a higher mortality rate. Beyond the obvious measure of quitting smoking and eliminating exposure to secondhand smoke, the Mayo Clinic suggests other steps such as having your home tested for radon, taking measures to avoid exposure to carcinogens, and other toxic chemicals at work.

Another recommendation is a balanced diet with plenty of fruits and vegetables as well as regular exercise. 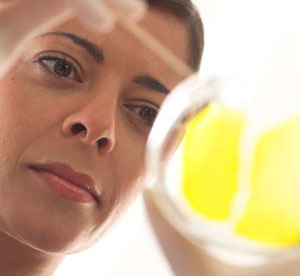 According to Sloan-Kettering, some factors that may reduce a woman’s risk include the use of oral contraceptives over an extended period of time, the birth of children (especially before age thirty), breastfeeding, tubal ligation, and a hysterectomy.

While race and ethnicity is certainly a factor in a person’s risk of developing certain types of cancers, it is not necessarily predictive.

However, knowing one’s risks can help to ensure early screenings, which is often the difference between life and death. Although nothing can replace healthy lifetime habits such as a good diet and plenty of exercise, being aware of how genetics plays a role in a woman’s higher risk of cancer can be a good step toward minimizing those risks.|

Centers for Disease Control and Prevention. 2010a. “Breast Cancer Rates by Race and Ethnicity.” http://www.cdc.gov/cancer/breast/statistics/race.htm

“Ovarian Cancer Rates by Race and Ethnicity.” Retrieved on April 13, 2011, from http://www.cdc.gov/cancer/ovarian/statistics/race.htm

“Five Most Common Cancers in each Racial/Ethnic Group.” http://www.seer.cancer.gov/publications/ethnicity/topfive.pdf