Catholic Schools: Superior Education, Social Support, And Ministry For All 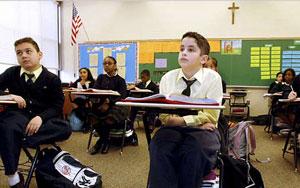 Catholic schools are just one of the many educational options available to students in the United States and other parts of the world. In the past, the mission of Catholic schools and the Church was to minister to the poor and those far from faith, but in recent years, the higher costs of tuition bring this mission into question.

Touted as providing a superior education to students, especially in comparison to those in urban areas where public school systems show lower performance scores have the greatest negative impact on minority students. However, the Catholic Church is providing the data to support this claim, therefore, the question of bias is unclear.

As the diversity of the country changes so too does the Catholic Church and its schools. According to a report from Most Reverend Robert Francis Hennessey, Auxiliary Bishop of Boston, Catholic education helps not only minority students but their families as well, particularly those who have recently emigrated to this country.

Hennessey says in his report, “Catholic parishes and schools face the challenge of addressing the spiritual, educational, social, and cultural needs of a new wave of immigrants. Our greatest guidance on diversity comes from the very way Christ lived. Diversity is at the heart of His message of love, the message that drives our mission as Catholics.” While it is true that the Catholic Church has historically ministered to minority groups as well as the poor, to what extent does this continue?

“The diversity within our schools not only benefits students but also presents opportunities to serve entire families, strengthen the Church, and bring each of us closer to God,” Hennessey says.

According to Hennessey, Catholic schools allow students to interact with others from many different backgrounds including different races and religions. The United States Conference of Catholic Bishops agreed saying in a 2005 statement, “Catholic schools cultivate healthy interaction among the increasingly diverse populations of our society.”

Hennessey makes the point that Catholic schools, and the fellowship found there helps minority families. The children adapt more quickly to new environments, and parents, especially those who have recently emigrated, often feel left behind, but by welcoming those students into the Catholic schools, there is also a helping hand extended to the parents in the form of community
and fellowship, which often translates into assistance in finding housing and employment.

With all the media coverage about the thousands of children who suffered at the hands of clergy members, both allegedly and those proven in court, many of these cases occurred in Catholic schools.

One case involves Father Lawrence Murphy from Wisconsin. Allegedly, Father Murphy molested as many as 200 deaf boys in the 1960s. What makes this case unique is that unlike many sexual abuse cases where victims do not alert authorities for years, reports of the abuse started surfacing right away, but were ignored, and the abuse reportedly continued. When Father Murphy died in 1998, he was still a priest. 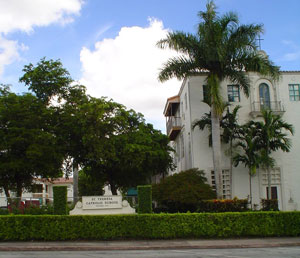 It is unclear how the allegations of sexual abuse affected Catholic schools in the areas of enrollment and retention of employees, but much like the numerous scandals, the Church is not forthcoming with that information.

Hands-down, the anecdotal evidence provided by those who either attended a Catholic school or have children attending is that the education is superior, but there were some interesting explanations as to why people felt that way.

“What Catholic schools excel in is providing the enrolled child and parents with connections, friendships, and networking to a more influential and actively involved group of individuals,”
says Lisa Morel Las, Joliet, Ill. Las attended Catholic schools from kindergarten through
post-graduate courses, and then worked as a Catholic high school guidance counselor and an admissions director at a Catholic college.

“This is especially helpful for high school students looking for part-time and summer employment, and college students looking for jobs after graduation,” she adds. “Additionally, more students are on the path to successful completion than at public schools, due to parental expectations. Thus, the Catholic school child has more positive influence to graduate and go on for further education.”

Ray Porter, Houston, Texas, who attended both public and Catholic schools, says, “I believe Catholic school not only offers a better education, but more importantly an environment more conducive to learning. In Catholic school, I felt like I was learning, not being prepared for a standardized test.”

A common complaint among parents, especially those with children attending public schools before Catholic school is that they felt their children were doing just enough to get by rather than reaching their full potential.

“I also received more one-on-one attention because of the smaller class sizes. Catholic schools can determine their own curriculum, so I was often working at 1 to 1.5 grade levels higher than my public school counterparts,” Porter continues. “When I went to a public high school, this fact became obvious to me because a lot of the material we covered were things I had learned in 8th
and 9th grades.”

Porter says that because families have to apply to and pay for the Catholic schools, they are more invested in their children’s education. “In Catholic schools, they control who comes into the schools, and there tends to be a better overall caliber of student, with families focused on education. In the public high school, I found myself around people who did not care about high school, and had no interest in post secondary schooling. I think this is truly an example
of ‘you get what you pay for.’”

Joe Reblando, New York, says, “I believe that Catholic schools do provide a better education than public schools. Having gone to both, I can tell you that I had more discipline and focus at my Catholic school. At Chaminade High School [a Catholic school] in Mineola, N.Y., I was encouraged to excel by my teachers, and driven to succeed because of the competition I felt with my more intelligent peers. Both of these factors were lacking in W.T. Clarke in Westbury, N.Y. the local public school I attended in junior high.” 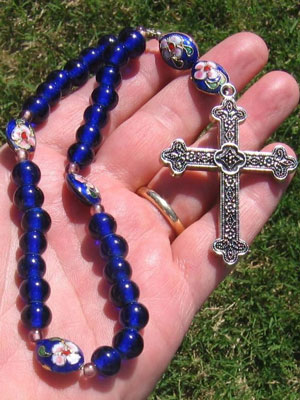 The encouragement and individual attention of teachers and parents seems to set Catholic schools apart from their public school counterparts. While there is no doubt that teaching is a thankless job that really takes a special kind of person, Catholic schools attract a higher caliber of teacher due to better pay and benefits, which in the public school system is governed by funding from the local, state, and federal governments.

Karen Klemens, Pasadena, Calif., says, “If I were to compare our Catholic school to the public schools in our area, I would say my son is getting a superior education, especially for the money. Our Catholic school provides an arts education, which results in our music and arts teachers remaining employed, plus, my son, who is in kindergarten is learning Spanish from a separate teacher.”

Klemens notes, “Our class size is a bit on the high side, about 24-25 students per class, but the teacher has an assistant and plenty of volunteers. It is my understanding that our public school in Pasadena has about 28 students per class with no assistant to help the teacher. Our school also has a quality after school program, with plenty of paid staff.”

Of the people interviewed, everyone shared the same opinion that Catholic schools were far better than public schools, but often those who most want their children to attend a Catholic school for this superior education cannot afford the high cost of tuition. This often affects Latino communities, which according to a report on the National Hispanic Christian Leadership Conference website, “the Hispanic Churches in American Public Life national survey shows 70 percent of American Latinos are Catholic.” However, they are often too poor to pay the tuition costs.

According to the Second Vatican Council, “First and foremost, the Church offers its educational services to the poor, or those who are deprived of family help and affection, or those who are far from faith…” However, does the high cost of tuition and uniforms reflect the mission of the Church and school in staying true to helping the poor and disaffected?

When asked about the Church’s mission of helping the poor, Klemens said, “As far as schools staying true to their mission, I would say yes. Once a month or so, students, for $1, can come in free dress (out of uniform) and the money that is collected goes toward those in need, most recently, Haiti. They are learning philanthropy from an early age, collecting food for the needy, adopting classes from schools in areas of poorer neighborhoods, etc.”

There are tuition assistance programs through the diocese of each school, which does allow some poorer children to attend, however much of that is dependent upon the generosity of parishioners at the collection plate. So in hard times when the faithful are feeling the economic pinch, the trickle down affect leaves the poor being pinched even harder.

Catholic schools allow non-Catholic students to attend at a higher tuition rate. Parents can contact their local diocese for information about enrolling their child.

The schools provide a solid, competitive education to students and a sense of community for parents, teachers, and students. In an ideal world, isn’t that what a school is supposed to do?