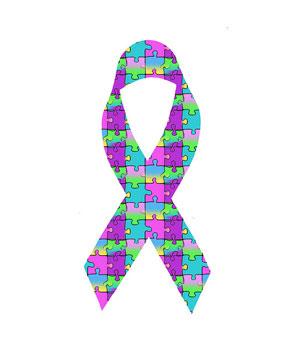 Many people look at autism and fail to see a cultural topic. After all, autism affects people of all races, religions, and statures. Regardless of your beliefs or ethnic background, chances are you know someone whose life is touched by this disorder. According to the Autism Society of America, one to 1.5 million Americans live with autism at some degree.

The Diagnostic and Statistical Manual of Mental Disorders (DSM-IV), defines autism as a wide range of behaviors that leave children less able to interact with the world. Autistic individuals present deficits in three key areas:

The recent rise in autism awareness has led many to believe in a movement that sees autism as a culture of unique individuals. Those who support this theory consider autism a distinctive way of being and seeing the world, a disorder that requires no cure. Members of this society sometimes referred to as Aspie World; scream out for acknowledgment and acceptance. Communities of autistic people band together to provide support, and interact with others who live in their world.

Advocacy groups, like The Global and Regional Asperger Syndrome Partnership (GRASP), discuss medical advancements for prenatal testing and phrases such as Neurodiversity become part of every day conversation.

While autistic individuals want acceptance, parents of autistic children want answers. Autism is a developmental disability with unclear etiology. Parents want to know why and scramble to understand. They live in a society that sees their children as flawed. The parents must deal with ignorance, and a school system still learning to educate autistic children.

As the saga of autism continues, there will be many more issues and more questions. The increase in the rate of diagnosis and the improvement of education will expand on the theory that autism is more than just a neurological disorder; it is a way of being. As time moves on, the children who live in the world of autism will become modern day adults that want acknowledgment. They will strive to exist in a universe that sees them differently. Adults diagnosed with autism will ask their voices be heard when they state, “Stop trying to fix me.”

This article definately hits home for me. I have a cousin that was diagnosed with autism at age 2. He has been through so much, but has definately improved over the years. I think it's so important that we find a cure for autism. My cousin goes to lots of therapy sessions that help, but he sometimes feel left out when he can't be as good as his younger brother at sports. Kids at school make fun of him for being different. I think this is a great cause that brings so many different races together to help fight a very important cause. Hopefully soon they will be able to find a cure.

This article is really heart breaking. I have a neighbor who has four kids and they all turned out to be diagnosed with autism. The youngest girl is known for escaping. A few years ago she broke out of her house and ran away. The family had been very lucky to find her. There was also a few incidents where she would randomly show up in my house. Eventhough the parents are constantly struggling, they are very strong. taking their children to therapy and school has helped them improve alot. I think everyone should get involved and dedicate some of their time in helping autistic kids.

Some close friends of my family have a son who is autistic. I remember playing with him when I was little and I never knew he was any different than me. As he got older he was diagnosed with autism and things seemed to change between us because I did not get to play with him as much and I never understood why. His family had a very strong support system and as he grew older it seemed as if the autism grew more severe. There came a point where he had to be put in a home but his family still goes and gets him about twice every week. I think it is very important for people to be educated about autism so the family and friends will be more aware of what to do and also provide a strong support team, which is crucial.