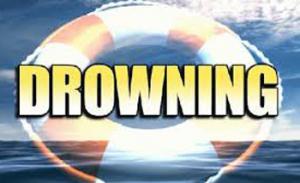 Black children drown at a much higher rate than other kids, a new government study shows. And, while summer is over, swimming lessons and other training can take place to stop drowning deaths among black children and black teens. Next summer swimming pools could be less of a danger.

The research study found that black children ages 5 to 19 drown in swimming pools at a rate more than five times that of white children. That suggests a lot of blacks are not learning to swim, said the lead author, Dr. Julie Gilchrist of the Centers for Disease Control and Prevention.

Swimming is a life-saving skill, not just another sport, she said.

The racial differences were smaller for drownings in lakes or other bodies of water. Experts think that's because relatively few blacks go boating or participate in other water activities

Drowning is a major cause of death in children and young adults, and researchers have long observed a higher rate in African-Americans. The report released Thursday looked at racial differences in far greater detail, by age and by where youths drown.

Among whites, drowning rates peak in toddlers but then decline dramatically around age 5 and stay down. Experts think that's a result of swimming lessons kicking in.

Among blacks, the drowning rate for toddlers is lower, but it doesn't drop off the same way as children get older.

An earlier study showed that nearly 60 percent of black children surveyed were unable to swim or felt uncomfortable in the deep end of a pool, compared to 31 percent of white kids. 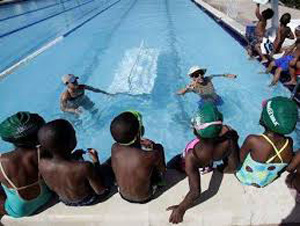 About 21,000 children and young adults drowned from 1999 through 2010, according to the CDC study. Overall, the black drowning rate was about 40 percent higher than the rate for whites. The rate for Hispanics was roughly the same as for whites and the Asian rate was slightly lower. The rate for American Indians and Alaska Natives was the highest - about double the white rate.

Another CDC study released Thursday found each year between 3,000 and 5,000 people go to the emergency room with injuries from pool chemicals. Children under 18 now account for nearly half of those treated. That could suggest a growing carelessness in keeping pool chemicals away from kids, said Michele Hlavsa of the CDC, the study's lead author.

Common problems include cough, headaches or shortness of breath from inhaling chemical dust or vapors and irritated skin or eyes from chemical splashes.