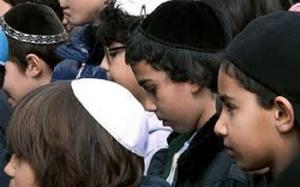 Dozens of Jewish children have been traumatized by a gang of teenagers who stormed a school bus in Sydney, Australia and allegedly hurled racial abuse and threats. Photo caption: jdl.uk.org

Jewish children were subjected to racist and anti-Semitic threats as the rode home on a school bus. The children had been picked up from three Jewish schools. The incident occurred as the bus stopped in a wealthy suburb where the attackers boarded.

Dozens of Jewish children have been traumatized by a gang of teenagers who stormed a Sydney school bus and allegedly hurled racial abuse and threats.

New South Wales state police said five juveniles were arrested early Thursday over the incident on Wednesday afternoon. They were questioned at a police station but were later released without charge into the custody of their parents pending further investigations, a police statement said.

The bus carrying about 30 children aged 5 to 12 years from three Jewish schools were subjected to "physical and racial threats" by a group of eight male teenagers, aged 15 to 17, who boarded at a bus stop in the wealthy eastern suburb of Randwick, police said. No one was injured.

Jackie Blackburn said her three daughters, aged 8, 10 and 12, would need counseling after their terrifying bus ride. She told Nine Network television on Thursday that her eldest daughter had phoned her from the bus pleading for help, saying: "There are eight very dangerous, drunk men on this bus."

The daughter's phone went dead, but Blackburn said she was soon phoned by her daughter's friend from the same bus. 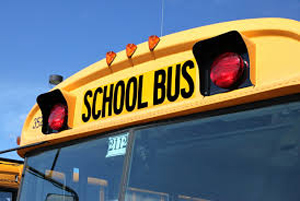 "They're threatening to slit our throats; they're chanting 'Palestine' and they're going crazy about Palestine - 'must kill the Jews' and 'heil Hitler,'" Blackburn said. "It was just very anti-Semitic and very scary for all the kids," she added.

Isabelle Stanton, whose two daughters, aged 8 and 12, were on the same bus, told The Daily Telegraph newspaper the youths had screamed: "We are going to murder you," and "Free Palestine."

"The kids are aware of what is going on in the Middle East, but the conflict in the Middle East should not be imported here - we are now feeling very vulnerable," Stanton said. She said the teens kicked the bus door and windows as they left the bus.

Blackburn was critical of the bus driver, saying he should never have allowed the youths to get on the bus. She said he did nothing to stop their behavior.

State Communities Minister Victor Dominello condemned the attack, saying: "Public abuse and intimidation on the grounds of race or religion is deplorable."

"The people of NSW will never excuse it and those who are alleged to have subjected school children as young as 5 to this anti-Semitic attack should face the full force of the law," Dominello said in a statement.

The Australian government is a staunch ally of Israel, and angered Arab and Islamic countries in June by changing its description of East Jerusalem from "occupied" to "disputed."