Opening Our Hearts & Homes To People Of Other Cultures & Ethnic Backgrounds 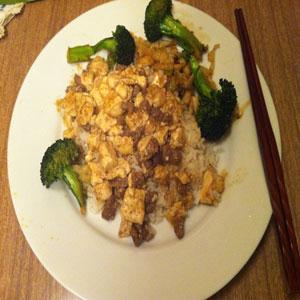 Over the past four years, Anthony Mastracchio has hosted four exchange students; he says each has taught him about their culture, and in turn, he shares his Italian heritage with them.

The first student, a 35-year-old man, came from South Korea, and spent a year with Mastracchio. Leaving his wife in South Korea, the student attended the university in Boston to obtain his MBA. Next was another married man from Japan who spent four months finishing his final semester for his MBA in Boston.

Following the university students who stayed with him, Mastracchio then hosted a high school student from Venezuela for three months. And currently, he is hosting an academic year student from China.

“The best experience is learning about the culture and foods of the other countries,” Mastracchio says. “I learned a lot about South Korea, and this year, I learned how to stir fry vegetables Chinese style.”

The student also got to experience American culture this past holiday season since he spent the time celebrating the holidays with Mastracchio and his family.

“I have a pretty good idea of what other cultures are like because I have traveled quite a bit,” Mastracchio says. “Still I always learn something new. As for the students, some have no idea what life in the United States is really like and they are amazed at the cost of things like food, gas, supplies, as well as the fact that Americans work such long hours.”

Mastracchio decided to take part in the student exchange program for many reasons, but overall he says, “I thought it would be interesting to meet new people this way. I live alone, except for a cat, and this allows me to have another person in the house for a few months. The best part is that if you want to be alone or get things done you can because the students have their own activities. Usually meal time is when you find out what their day was like.”

While he says it has not been a big transition for him to integrate the students into his life over the past four years, he does add “I am sure those with families might have a harder time adjusting” adding that welcoming another person and culture into your home does have its challenges at times.

“Just having another person in the house is sometimes a challenge. I have a cat and the cat is not always open to strangers in the house. Cooking can be an issue. Luckily everyone likes Italian food!”

With many exchange students in the United States each year, Mastraccio says, “The students are always very excited about sharing their culture, and they will shop at a specialty market just to prepare something unique to their country. Also, they help out around the house too.”

As for family values, Mastracchio believes that overall, the many cultures of the world are more alike than different.

“People tend to want the same things the world over,” he concludes. “Study hard, get a better job, and improve your situation. The differences are usually in manner of speech, sometimes dress, and sometimes religion, but it all works out in the end.”