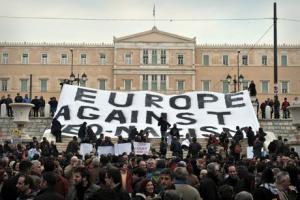 BERLIN (AP) - About 2,000 people are protesting in Munich against the terror of a neo-Nazi trio suspected of killing nine businessmen and a police woman since 2000.

The far-right murders hit the immigrants hardest, because eight victims had Turkish roots.

Dpa news agency quoted an imam, Benjamin Idriz, telling protesters Saturday that the victims had come to build a secure future for their families, but "Germany did not manage to protect them."

Several senior security officials have resigned following revelations during the last two years that authorities for years believed the murders to be the work of immigrant gangs, not racist violence.

Idriz said that people's trust in Germany has been destroyed.

The sole surviving member of the group, Beate Zschaepe, is going on trial next Wednesday at the Munich regional court.